Rohan Thakkar is a skilled newcomer from India. Upon completion of his four-month Career Edge paid internship at Celestica as a tax analyst, he’ll remain at the multinational electronics manufacturing servicer as a full-time, permanent employee. Rohan holds a Bachelor of Commerce in accounting and finance, and a certificate in taxation.

When did you arrive in Canada?

I arrived in Toronto in mid January 2019 and I guess I couldn’t have found a better time to arrive in Canada!! I landed in the midst of extreme winter and was confined indoors for a good part of my first week in Toronto. I was also in luck to witness three severe snowstorms in the first couple of months of my arrival in Canada!! What a welcome I must say :-). However, the only optimistic thing was that the weather (as well as other things!) could only get better from the harsh winters I faced and it indeed has got much better in terms of weather (and otherwise as well). 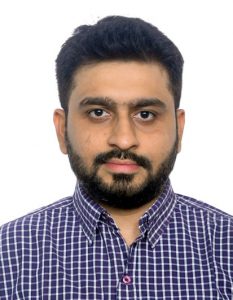 How did you hear about Career Edge?

I first came to know about Career Edge during the CIIP session that I attended (way back in July 2018) while I was still in India (I would highly recommend everyone to attend these sessions which are free for the participants and funded by the Canadian government to help new immigrants learn more about Canada and the resources available at their disposal). The coordinators at the CIIP session had provided each participant with a personal document specific to their field of education and work experience. The document had a specific section on employment related resources wherein there was a mention of Career Edge. However, it was not until October 2018 – November 2018 when I actively started networking and looking out for opportunities.

Describe how you felt when you secured a Career Edge paid internship as a Tax Analyst at Celestica.

It was a great feeling when the HR at Celestica arranged for a telephonic interview since it was my first real breakthrough in terms of finding a job in Canada. However, as luck would have it, the telephonic interview had to be rescheduled due to various reasons and I thought my chances had gone up in smoke! However, they rescheduled the interview to a later date and I was asked to come for an in-person interview once I was in Canada. As luck would have it, there was a snow storm on the day of my interview and the interview had to be rescheduled this time as well. While the interview went pretty well, I was not very sure if they would want to experiment with a candidate who had just arrived in Canada and had no local experience. However, a week after the in-person interview, I got a mail from Career Edge stating that Celestica had decided to go ahead with my candidature. I was absolutely thrilled!! If someone would have told me that I would get an opportunity in the first month of my arrival in Canada, I would have grabbed it with both my hands and that is exactly what I did when I was offered a Career Edge paid internship at Celestica. It was all the more special since I was skeptical if I would be able to find an opportunity in my field of education and work experience and the position indeed was in a similar profile to what I had back in India.

What have you learned at Celestica?

It’s been quite an incredible journey so far at Celestica. There has been something new to learn and understand every single day. While I was working only on Indian indirect taxes while I was in India, I got the opportunity to learn and understand the various indirect taxes in Canada as well as in the United States of America. I also got exposure to the indirect taxes in various countries in Asia and Europe since Celestica has many sites in these regions. In addition to this, I also got an opportunity to get into corporate tax and transfer pricing, areas which I had not worked on in previous roles. Most importantly, my time at Celestica helped me get used to the way of working in an organization in Canada, the culture, as well the environment.

What has been your favorite thing about working at Celestica?

In all my previous roles, I have always worked with consulting firms. Working with Celestica was my first taste of working in the industry. The team at Celestica has always been helpful right from the interns to the directors as well as the VP. Everyone is open to new ideas and creativity is encouraged as well. In spite of being new to the team, I was allowed to work independently on various assignments once they had some confidence in my abilities and way of working.

How has Career Edge and Celestica impacted your life in Canada?

I was able to settle down pretty early and quite easily in Toronto because of the opportunity provided by Career Edge and Celestica. It’s only been 5 months since I arrived in Canada and I can say that I am independent and self-sufficient. I get onto a full time role with Celestica post my paid internship and this would not have been possible without the opportunity provided by Career Edge.

What advice do you have for other skilled newcomers to Canada?

I would like to pass on what I was advised before I moved to Canada 5 months back. Some people might get a job in a month while others might take six months to find a job in their field. So you need to be patient and give yourself at least 3-4 months to find a suitable job. As someone told me just before I moved, its all about the three P’s in life: persistence, perseverance and patience. We are all coming with strong educational and professional backgrounds and there is no reason why we should not be able to succeed in Canada as well. So be patient and you will ultimately land where you always wanted to be. So good luck to all of us and all the very best 🙂