“Without having a resume complete with relevant, recent, civilian experience, I would have likely encountered significantly more difficulty in securing a career.”

With approximately one decade of service as a Canadian Armed Forces Reservist, Ryan transferred the skills he developed as Section Commander (Team Leader) in the military, to his role as Recruitment Consultant – Diversity Recruitment at Scotiabank. 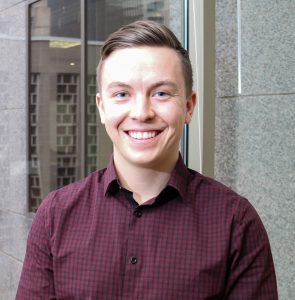 Ryan’s Career Edge internship at Scotiabank exposed him to the civilian professional workforce. His professional network grew as he made civilian and CAF contacts in the finance industry. He improved his skill set, enhancing his interviewing, presentation delivery, recruitment, and technical abilities. He gained valuable civilian professional experience and accomplishments to complement his military achievements.

Today, Ryan works at the Ontario Power Generation as a Nuclear Security Officer.

If you’re an employer interested in hiring a CAF Reservist, or a Reservist looking start a civilian career, sign-up for Career Edge’s program today.