Two decades of breaking down barriers to employment in Canada 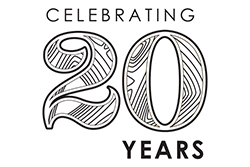 We are proud to be celebrating 20 years of helping candidates overcome barriers to employment and launch their careers through paid internships.

Founded in 1996, Career Edge was conceived by a group of private sector business leaders, gathered by the late civic visionary David Pecaut, who is well-known for the creation of Career Edge, CivicAction, and Luminato. Urban Joseph, former Vice-Chairman of the Toronto Dominion Bank, worked closely with Pecaut when designing Career Edge as a way to help young graduates successfully transition into the workforce, and improve the youth unemployment crisis of the mid-1990’s. 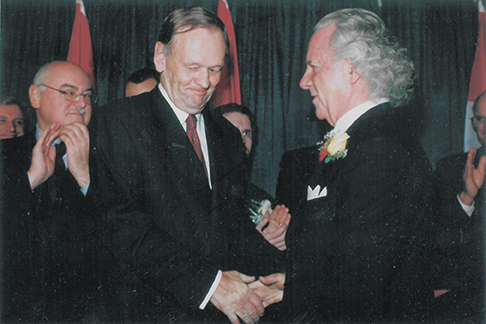 Jean Chrétien and Urban Joseph shake hands in 1997, symbolizing the partnership between Career Edge and the federal government.

“With the support of the Chrétien government, Canadian business leaders, and the vision of David Pecaut, Career Edge was born. Career Edge’s mandate was to reduce youth unemployment, which it did and continues to do, but we need to do more,” said Urban Joseph, who is now Honorary Board Chair Emeritus for Career Edge.

Since 1996, Career Edge has helped launch close to 13,000 careers and continues to help people find experiential learning opportunities that lead to meaningful employment, having expanded our internship program to serve graduates with disabilities, newcomers to Canada, and Canadian Armed Forces Reservists.

Last year alone, 70% of Career Edge interns secured full-time positions following their internship, generating over $7,000,000 in new permanent wages for the Canadian economy. “We are proud of the success we’ve achieved over the years,” says Anne MacPhee, Acting President and Chief Operating Officer of Career Edge. “Our socio-economic impact is significant, but we know our work isn’t done yet. Youth, people with disabilities, new immigrants, and members of Canada’s military still face employment challenges, and we’re committed to helping them succeed.”

We will formally celebrate our 20th Anniversary at the Delta Hotel in Toronto on Monday December 5, 2016. Featuring Toronto Mayor John Tory as Keynote Speaker, the gala will reunite business executives from our founding and charter member organizations, while bringing together other employer, government, and community champions who have partnered with us to help launch careers in Canada.