Responsible for launching more than 3,000 careers, Rob Bhatia recalled the euphoria after closing his first. As a staffing advisor with a passion for aircraft, he began his career by placing an aircraft maintenance inspector at Transport Canada. For 20 years now, he’s been chasing – and cashing in on – that euphoria.

“The feeling’s different depending on what kind of recruiter you are. If you’re an agency recruiter, closing a role means you’re getting a commission which gives a rush – especially when you see the money deposited into your account. As a corporate recruiter, it’s different. The high I get is knowing I’ve solved someone’s pain by finding her or him the right placement, as well as the right job for a candidate. That alone is a high for me as I’m geared to helping others.”

Raised in Kuwait, the Canadian-U.K. citizen of Punjabi heritage completed his second bachelor’s at Wilfrid Laurier University in 1998. Upon graduation, the business and philosophy graduate’s heart was set on pursuing a master’s in business ethics. But when the only school in the country offering that degree turned down his application, one year stood between him and graduate school. Without professional experience, his search for employment proved “very challenging.” That’s when his alma mater referred him to Career Edge.

“My ambition was to change the world via education and I had no clue how working for a large multinational like Honeywell was going to enable me to do this. At the same time, I was excited by the prospect of the work.” 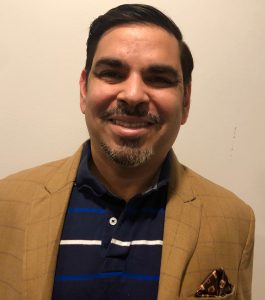 As their Workforce Diversity Analyst, Rob completed a report demonstrating that the technology inventor complied with federal employment equity legislation. At Honeywell, he learned about corporate politics, NOC codes, and major gaps in representation for specific employment equity groups – notably female engineers. Reporting to the Vice President of Organizational Development and Effectiveness, he presented his findings to senior management. The experience taught him how to have “difficult conversations.”

“I had to be honest in my assessment.”

In his first permanent post-graduation role, Rob worked for the Government of Canada in human resources, leading a cultural transformation in the talent management and acquisition department. Focused on enforcement and compliance, he built a public service centred on merit and the employee experience. He also led campus recruitment for the Ontario region, and consulted on issues relating to accommodation and returning to work. As an expert in succession planning, staffing, recruiting, and resourcing within the federal public service, he received many awards. He remembered his two favourite – one for developing and executing national strategies for Industry Canada, and another for implementing e-recruitment technology.

After nine years serving Canada, he moved to the private sector during the 2009 economic recession. Rob considered the transition as his defining career milestone. He described the first year as an “eye opener,” working at a small boutique recruitment agency.

“It was an excellent learning environment. I still draw on that experience to help me with my current role.”

Over two decades, he’s spent time at many other well-known organizations, including: Ontario Power Generation, Canadian Red Cross, St. Michael’s Hospital, CIBC, and Great-West Life. His career delivered a three-month stint in Zimbabwe, where he served as a consultant for their federal government. He also owned a boutique resourcing firm specializing in physician and health care resourcing.

Rob balances his love for talent acquisition innovation with his love for sports and family. He’s an avid follower of the Toronto Blue Jays, married, and a father of two. Last year, he took his family to India for the first time.

“Don’t knock it ‘til you try it. If you asked me where I would be working twenty years after graduation, I would have never said Manulife! When you’re starting off your career, your typical goal is to do impactful work and make a change. Sometimes, there’s an assumption that working for a large corporation like Manulife won’t offer this – at least that’s something I assumed and I was very wrong! Also, while technology is great and makes lives easier, relationships and human interaction matter. Don’t be afraid to pick up the phone and speak with people.”

Rob also acknowledged the talents of those newest to the labour pool.

“Recent graduates are most in tune with technologies and trends and can educate employers on what their customers will want. For organizations that aim to be customer-centric like Manulife, who better to tell what the customer wants than a new graduate who will hopefully eventually be your customer?”

With a wealth of experience and knowledge in sourcing and recruitment, he aspires to become a people leader with an opportunity to build his own talent acquisition “dream team.” He said he’d be happy to finish with 10,000, but quality outranks quantity. On occasion, he’ll visit LinkedIn profiles to see how his placements are performing.

“It’s been mostly positive and satisfying. I get paid to do something I enjoy. Although at times, the feeling can be overwhelming. It’s a huge responsibility to convince someone to make a career move – it’s a person’s livelihood.”

Two decades ago, Rob aspired to change the world. A Career Edge internship and 20 years later, has he? You’d have to ask 3,000 people, or visit their LinkedIn profiles. Wait any longer and there’ll be 10,000.

If you completed a Career Edge internship, tell us and we’ll share your ‘Where Are They Now’ story!