Hiring People with Disabilities: The Right (and Wise) Thing to Do

People with disabilities are significantly underrepresented in the workforce. Almost four million Canadians live with a chronic health condition or health-related problem – that’s about one in every seven Canadians. Many are unemployed, or underemployed working in jobs below their education and skill levels – an issue called ‘mal-employment’ by former Ontario cabinet minister Dr. Marie Bountrogianni.

She wrote the Accessibility for Ontarians with Disabilities Act (AODA) which came into effect June 2005, mandating that owners need to make their businesses accessible by 2025. She recently published a piece in the Huffington Post updating Ontario’s progress. She wrote that the unemployment rate for people with disabilities in Ontario is 16 per cent (Canadian Survey on Disability).

Two months ago, the Ontario government announced an employment strategy, committing more than $3 million to education and support, challenging employers to hire more people with disabilities. According to the province’s Accessibility Minister Tracy MacCharles, the project could eliminate barriers to employment, and decrease the unemployment of Ontarians with a disability by 30 per cent, creating 56,000 new jobs. MacCharles said the province needs to recognize and address its growing issues and needs, as the population’s average age also grows.

So why hasn’t there been much progress in the last twelve years?

The Minister of Accessibility mentioned that employers don’t know where to find job seekers with disabilities, and many organizations believe it would create financial complications.

Bob Vansickle, ex-board chair of the Ontario Disability Employment Network in Whitby, Ont., refuted the theory that hiring people with disabilities raises expenses, especially for small companies. He said, “I wouldn’t want small business to think that they’re not up to the challenge of hiring because maybe there would be increased costs or burden on the business, when in fact we know that to be absolutely not true.”

She also talked about their high educational rates, low turnover, high overall performance, and most importantly – their readiness, willingness, and ability to work.

How is Career Edge tackling mal-employment?

Career Edge has launched the careers of more than 600 graduates with disabilities, providing them with paid internships at almost 50 organizations. 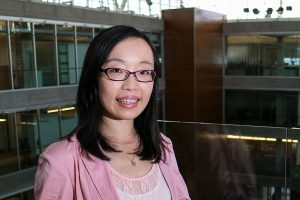 In 2010, Fenella Chiu completed a one-year internship at Loblaw Companies Ltd. as a Promotional Integrity Coordinator. Seven years later, she works there as Manager of Business Intelligence Governance, Process & Integration.

“The Career Edge program made it easier for a new graduate with accessibility needs to find an employer who is not only prepared and committed to develop an intern’s skills, but also to accommodate their accessibility needs,” she said.

In 2013, Ayesha Zubair finished a one-year internship as an Administrative Coordinator for Diversity and Inclusion on Scotiabank’s Global Employment Strategies team. Today, she works as an Analyst for RBC’s Enterprise Talent Sourcing project. 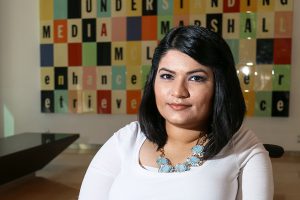 “This program is my recipe for success…I now sit on a Board of Directors, advise on accessibility issues for Metrolinx as an Accessibility Advisory Committee Member,” she said.

Career Edge Senior Vice President Jay Yakabowich said, “Graduates with Disabilities (GWD) can face many complex barriers to employment including an understanding of how and when to disclose the need for accommodations. Most importantly, they need to feel safe in doing so. We’ve been working with GWDs and our vast network of employer partners in facilitating this process successfully since 1999. Today, GWD paid internship placements continue to grow, now representing over 10 per cent of our total annual placements.”

Another notable alumna of the GWD program, Marlies Farrill, chose to declare her disability for two reasons. 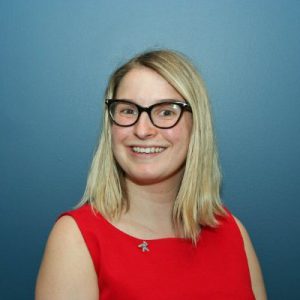 “As a person with an invisible disability, my employer may not always understand the support I need. I am fortunate in that I could likely do my job without disclosing my disability, but I do not think that I would be able to thrive. Secondly, I want to bring my whole self to work, and it is important that my future employer understands what I bring to the table. I bring amazing skills to the table. I don`t look at my disability as a disadvantage, but a unique advantage that I bring to any employer. Making this mental shift has helped me increase my confidence about disclosing.”

Marlies completed her internship inside the Career Edge headquarters as a recruiter and talent manager. She trained staff on how to screen candidates living with disabilities, and coached interns on how to disclose their disability to their employer once they made that choice (she noted that the decision is incredibly personal and may not be right for everyone). She traded stories with candidates and interns, while working with employers to ensure accommodation requests were fulfilled, and their internships were great experiences. Marlies recommended finding an organization that values diversity, focusing on your unique skills, and recognizing that your disability doesn’t define you.

She now works at Rangle.io as a talent specialist, ensuring their candidates receive the accommodations they need, throughout the interview process and on the job.

“Individuals with disabilities are constantly told to see their ‘perceived limitations’ as barriers. However, they manage to overcome them through innovation, creativity, and persistence, which are assets to any employer. Employers need to find the best candidates for their jobs, and the best new employees bring unique perspectives and experiences. Employers who do not hire people with disabilities are losing out on a large pool of talent.”

The Right Thing to Do

Enacted 12 years ago, Ontario business owners have eight years left to comply with the Accessibility for Ontarians with Disabilities Act (AODA). In her Huffington Post piece, the Dr. Marie Bountrogianni says the benefits of hiring people with disabilities extend beyond Ontario’s economy.

“Making our businesses accessible is not only the smart thing to do, it is the right thing. We are all affected by disability.”